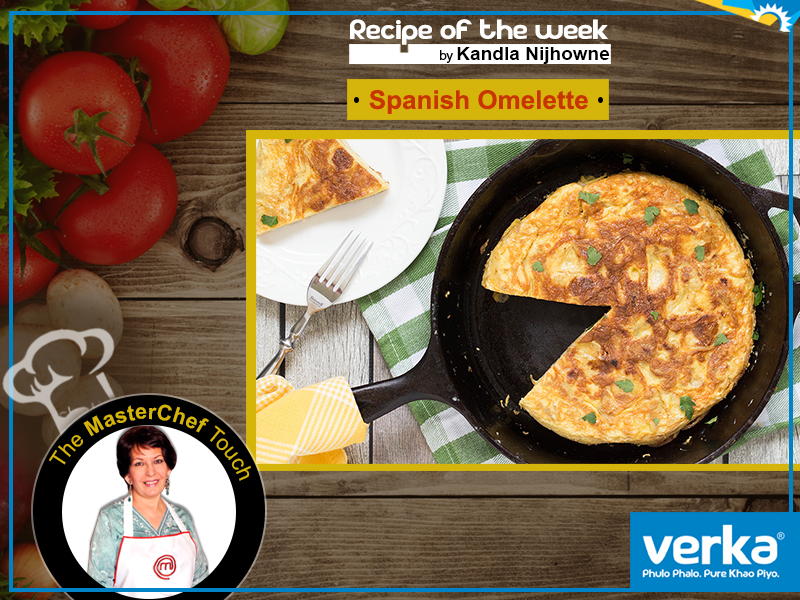 Eggs are generally considered breakfast fare by most of us. When we have time, we often cook them into an omelette. In the western world an omelette is usually made with eggs whipped to a fluffy consistency, then cooked with lots of colourful, chopped veggies. A Spanish omelette typically has potatoes, tomatoes and cheese as the filling. The filling is hidden in the folds of the buttery omelette, waiting to surprise you as you take your first bite ! When it comes to butter and cheese, Verka reigns supreme !

Note: A Spanish omelette is originally cooked under a broiler, then served, cut into wedges. To use a frying pan is a simpler version that does not require a grill. Add salt sparingly. Remember that the cheese carries a lot of salt too ! You can vary the set of vegetables as per your mood. For a tastier version, fry the potatoes in a pat of Verka Butter before adding them to the omelette ! Yum…yum… !