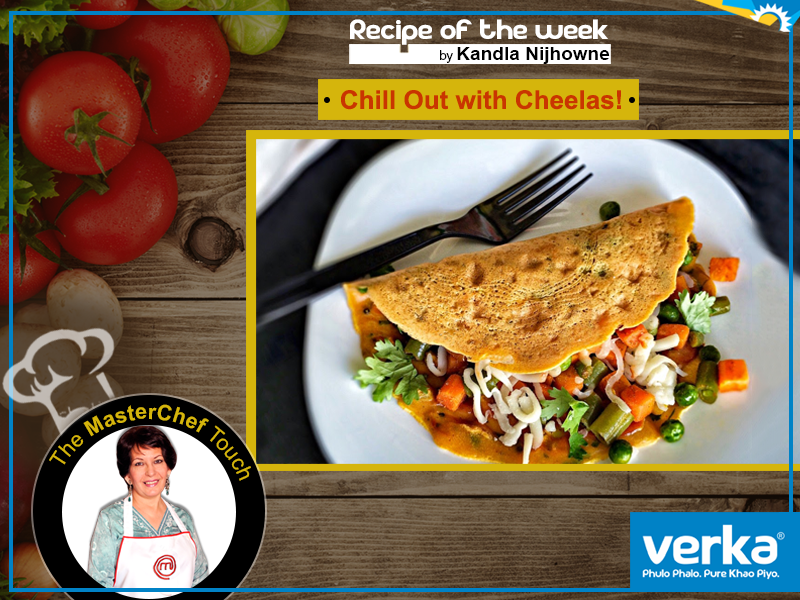 When clouds gather in the skies to herald the arrival of raindrops, our mind strays to a hot cup of tea and perhaps some crispy, spicy delight. Besan Cheelas are a quick snack and oh~so~satisfying! They are not deep fried; hence they are light on the stomach. Moreover, you can make them nutritious with a filling of delicious Verka Paneer and some fresh greens. Next time the clouds thunder and hunger strikes, try some chaai and Cheelas!

Note: Thinly sliced capsicum, bean sprouts and shredded spinach also make a great filling for Cheelas. For added nourishment, stir a few tablespoons of oats into the besan batter. Stuffed and tightly rolled Cheelas can be sliced into ‘pinwheels’ and skewered with toothpicks. They make an innovative starter!